You might choose to buy an aftermarket part instead of OEM for many reasons. For instance, you may want a performance upgrade to increase on-track speeds. You might also be looking for a component that helps your vehicle hold up better under demanding conditions. Or maybe you want a little added customization beyond what is available with the factory trims.

If you’re debating between aftermarket vs. OEM parts, take a quick look to understand the differences between the two and see why an aftermarket leader like Verus Engineering is your best choice for unrivaled performance.

What Are OEM Parts?

As you may already know, OEM stands for Original Equipment Manufacturer. Basically, any car part directly from the manufacturer qualifies as an OEM part. For example, buy a brand new Honda from a dealer; it will most likely be built only with Honda OEM parts. And if you ever have repairs done at a dealer, you usually get an OEM replacement part.

It used to be that automotive manufacturers fabricated all the parts used in their vehicles. That isn't the case today, as many parts are outsourced to other companies. However, they still maintain the OEM label as the automaker authorizes the fabrication to their exact specifications.

What Are Aftermarket Parts? 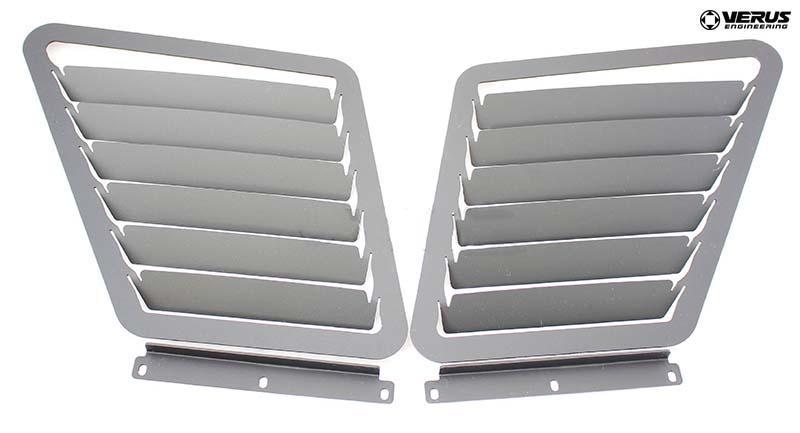 Aftermarket parts are parts that aren't purchased directly from an authorized dealership or through the automaker's retail network. Many aftermarket components found in auto parts stores are designed and tested to fit and perform like the original. Sometimes, an aftermarket part is made in higher volumes and can be cheaper than an OEM part. In other cases, aftermarket parts are more specialized and are used to customize vehicles and deliver better performance than their OEM counterparts.

Here are some basic advantages of aftermarket parts:


If you're looking for a performance upgrade or a better quality option over OEM, you'll need to go with a leading aftermarket parts manufacturer like Verus Engineering.

To give a real-world example of the benefits of aftermarket parts, let's look at one of the most popular components made by Verus engineering: the clutch fork for Subaru vehicles.

When it became known that the OEM clutch fork was prone to cracking, bending, and eventually failing completely, Verus set out to improve it. Using a finite element analysis (FEA) of the OEM component, Verus was able to determine points of failure and ultimately improve the design. The result was a machined-made -- and later forged -- clutch fork capable of holding up to the strongest clutches and power plates. With this aftermarket part, you can consistently use your clutch at higher speeds without a heavy clutch pedal or worry about burning your gears.

Take a closer look at how the clutch fork was developed and learn more about essential considerations like yield strength.