This will primarily be a discussion for forced induction applications; there is not much that can be  for naturally aspirated cars other than placing the inlet into the intake close to fresh air and away from the radiator/radiant heat.

Why does the air heat up?

Compressing air via a turbocharger or a supercharger will cause the intake air to heat up.  This is due to the ideal gas law equation PV=nRT.  If volume (V), amount of moles (n), and the ideal gas constant (R) all stay the same (which in our case, they do), as pressure (P) is increased, the temperature (T) has to increase as well to keep the equation equal.  There is no way  increasing pressure without increasing temperature, this is physics.

What does this mean?

How can we keep the air cool?

are multiple systems that can cool this  air.  We will split these into  and non-conventional systems.  Conventional refers to the use of charge air coolers (CAC), commonly referred to as intercoolers; while non-convention refers to adding fluids to the intake charge to reduce the temps.  Some fuels require less or no cooling as well due to the fuels ability to cool the intake charge.  OEMs generally rely on conventional tactics as they are safe, maintenance-free, and highly effective.

These would be the large front mounts that we all love.  Other packages have these located in side-pods, in the rear, and up top in air ducts.  The charge air flows through  through the core, and exchanges charge air heat, with the ambient air, similar to how a radiator works.  These systems need ambient airflow flowing through the unit to work properly.  There are two main variants of A2A cores, bar plate, and tube and fin.   are styles of each of these two as well, with different inserts, fins, and tubes used.  Each of these  its own set of benefits and drawbacks. 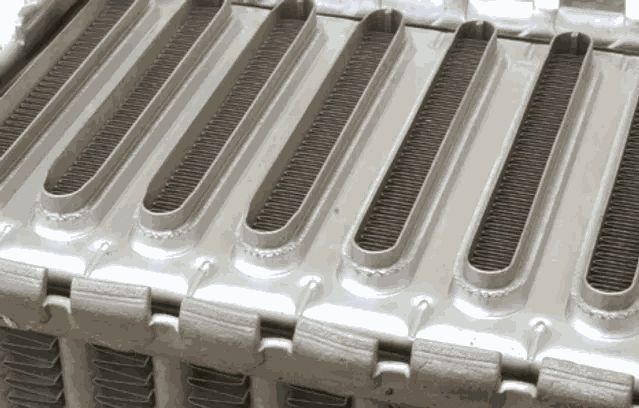 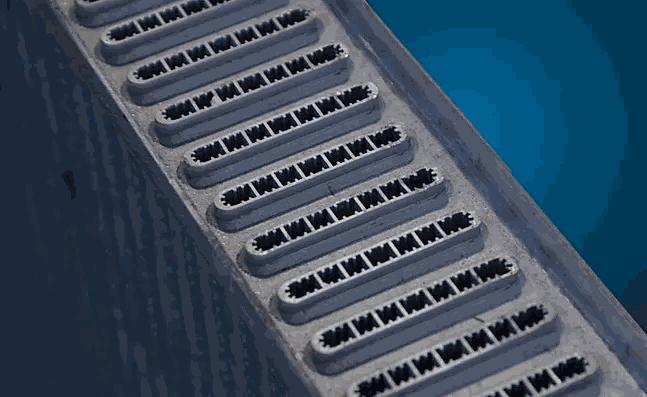 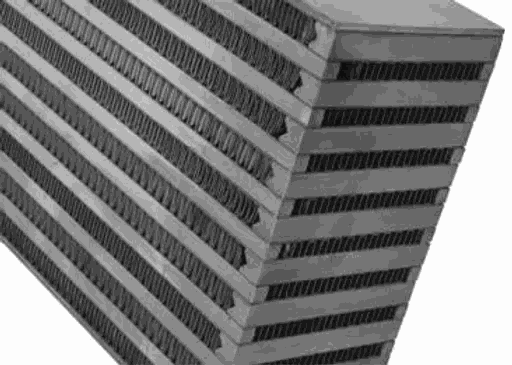 These are the intercoolers found inside the intake manifolds of some OE cars, Edelbrock’s s/c, Cosworth’s s/c, and Innovate’s s/c.  With the use of its own cooling circuit, these can be placed in confined spaces and are generally used to cool the charge air temperatures from a  but can be used with turbo systems as well.  This cooling circuit generally involves a low temp heat exchanger upfront, the intercooler in the plenum, a water pump, a reservoir for filling, and the lines.  Water flows from the  heat exchanger, removing heat from the water, and then flows to the intercooler in the plenum, which exchanges the heat from the charge air and puts it back into the water. 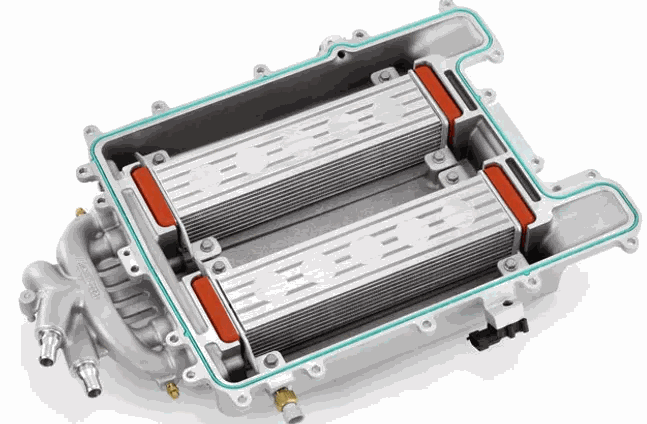 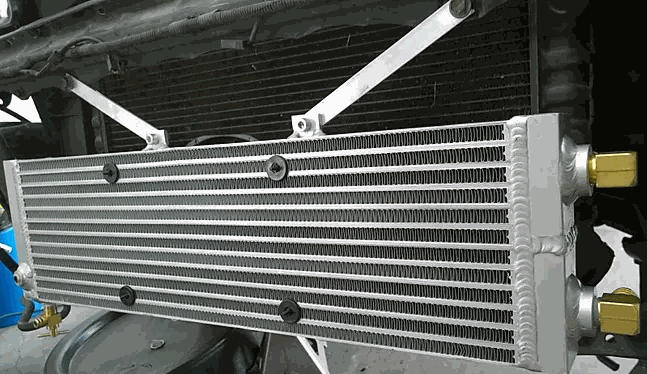 Water Injection
By injecting a small amount of water into the intake tract, the water (preferably vapor) can turn to steam and with it, take a significant amount of energy out of the air charge.  Water’s high latent heat of evaporation makes it a great fluid to absorb the energy and thus heat from the inlet air.  This change in phase (water vapor to steam) is the key to its success.  This system can be used in cases when an intercooler is not enough to cool the intake charge. 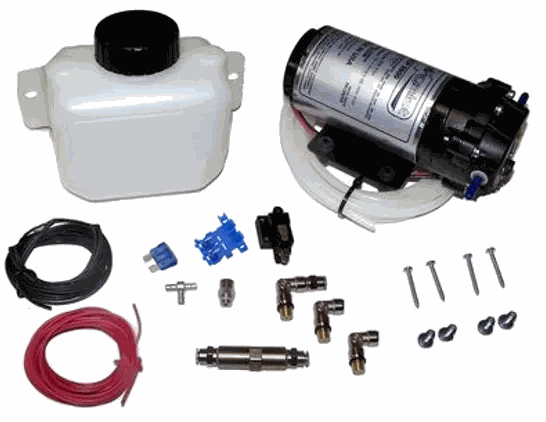 Methanol/Alcohol Injection
Methanol exhibits two main differences from water when being injected into the intake stream.  One, methanol is a fuel with the octane rating of ~109 RON, which will greatly increase the knock resistance.  The other difference being methanol evaporates at a much lower temperature  water.  Place a small amount of rubbing alcohol on your hand and you can feel it become cool to the touch, more so  water.  Water will remove more heat per unit through its latent heat of evaporation due to its physical properties; however, we are restricted by the amount of water we can inject before it will bog the engine.  On the other hand, with methanol being a fuel, we are not limited by the amount of liquid we can inject.  We can inject a large amount, which in turn can actually lower the intake charge significantly, all while increasing the knock threshold significantly through the increase in octane. 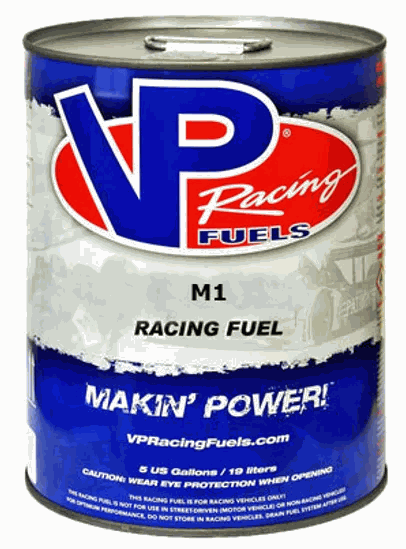 Some vehicles, generally drag cars, do not need intercoolers due to the primary fuel that is used. These vehicles run on either alcohol, methanol, or nitro-methane.  For reasons previously discussed, these fuels can cool the intake air beyond that of an intercooler, rendering the use of one obsolete.  Ethanol (E85) reduces the need for  but does not offer enough of a cooling effect to abandon the use of one in most cases.

We recommend the use of the conventional systems listed above as we share a similar mindset to the OEMs.  These systems work well and if designed properly, you won’t need the use of chemical (fuel) .  When chemical  is used and it is not the primary fuel (methanol injection), this can lead to a very dangerous condition and could lead to the demise of an engine.  If used with the right precautions though, it is a viable alternative for those willing to take the risk for the reward.

Read Next
The Key Aftermarket Mustang Parts That Improve Performance